The Biggest Reason Why Most People Don’t Succeed 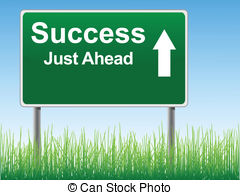 Has there ever been a time when someone else
(usually parents) told you that in order to be
successful, you have to go to school, get an
education, get a stable job and work hard for
someone else. And maybe one day you’ll be able to
retire.
You probably believed what you were told and went to
school like everyone else, got a good education and
landed got a job. But what you don’t realise is that by
doing that, you are more than likely to end up broke
by the time you’re 65.
So instead of continuously listening to the people who
have got you mediocre results today, choose to listen
to a different type of person. Listen to and learn from
successful people who are producing better results
than you.

Listen to those who encourage you and tell you that
you could do more than what you ever thought was
possible. Continue to listen to those encouraging
words even if you aren’t so sure if that was true.
Because remember, the human mind tends to believe
the things we’ve been told. So if you love encouraging
words that people tell you, choose to believe it. Get
excited about it. Keep listening and let those positive
words re-program the quality of your beliefs. Over
time, you’ll discover yourself enhancing the quality of
the actions you will take, and hence the results you
will achieve..