12 Very Interesting Movies On ZeeWorld Coming Up On May, 2019 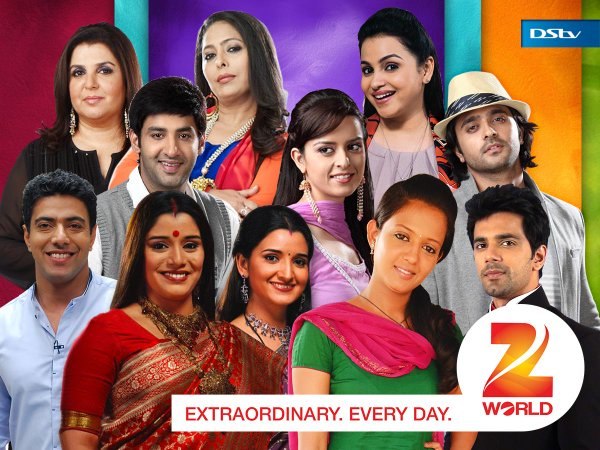 The story of Krishi is of a woman who rises from modest
beginnings to a successful career. Krishi Raj dreams of
becoming a block development officer, her financial status
however makes it difficult for her to afford a decent
education.
Her father and family have sacrificed to make sure that
Krishi receives the education necessary to achieve her goal.
Watch the captivating and uplifting story of Krishi and how
she goes beyond all expectations to follow her dreams.

You can order out, but doing so regularly takes a toll on both
your health and pocket. The Urban Cook is the solution to
your everyday cooking dilemmas. Chef Saby, who
understands the snags of fast-paced life, brings you a range
of recipes designed to suit your lifestyle.
He presents you with easy and delicious one-pot meals that
are ideal for your busy lifestyle. You can also learn delightful
treats which you can whip-up in a jiffy for friends and family.
He will show you how to handle new age kitchen equipment
and stock up your house and fridge for some sumptuous
one pot meals.

The Great Indian Kitchen is an epic culinary journey across
the seven Indian states. On this journey we will meet a
variety of traditional chefs and enjoy recipes that have been
carried across generations.
The show highlights many hidden facets of Indian cuisine we
are yet to discover. It's time to hit the road and unravel the
secrets hidden in traditional Indian kitchens.
ALSO READ: undefined

Zee World brings you a story of two orphan sisters Isha and
Ira. The siblings are separated by circumstances and
reunited by destiny later in life. Isha joins a radio station with
the intention of finding her sister. Ira on the other hand
grows up to be a rich spoilt brat. Angry with her past she
erases all memories of her childhood. Unaware of their
shared past, the duo meet and become best friends.
Isha is placed in another dilemma when she discovers they
both are in love with the same childhood friend, Sam. Will
Isha sacrifice her love for her sister?

"King of Hearts" is the story of Siddharth, who despite being
a jet-setting hotelier with a growing empire to attend to,
takes it upon himself to repair the estranged relationship
between his wife Roshni and mother-in law Durga Devi.
While Durga Devi has seen the trials and tribulations of
poverty and struggled her way up to riches, she has
hardened over the years and developed a somewhat
condescending view of the middle class. Daughter Roshni
has a rebellious streak. With an independent mind of her
own, she isn't about to treat Durga,
Devi ‘s ideologies as the Gospel truth. Born in the lap of
luxury, she hasn't let her riches spoil her silly. Siddarth and
Roshni are constantly put under tests to prove their love or
sacrifice their love in-order to bring happiness within the
house.

East Meets West is a story based on the lives of two
grandsons of a Punjabi family (The Singh's) from Delhi, who
get married to girls who are culturally and geographically
poles apart from each other. One hails from a small town in
Punjab, while the other is a foreigner who has been brought
up overseas. The story takes many turns; romantic,
emotional, dramatic and purely funny when the two girls
start living under the same roof.

Kaveri and Kuki Kaki unite and join forces to expose
Urvashi. Nirav saves Saloni from Chandu Pardesi. Urvashi
celebrates Veer's birthday. Kaveri tells Veer about Saloni.
Tara is upset with Urvashi getting closer to Brijesh. Veer
announces the joint MD position. Nahar follows Urvashi to
an unknown location there he discovers some valuable
information. Saloni runs away and Nirav tries to track her
down.

Manav cuts all ties with Archana. Varsha goes to Manav's
garage with the hope of making Manav forgive Archana by
telling him everything. Mr. Girish tells Savita that the only
solution to their problem is for Manav to marry Shalini.
Savita pays the family a sudden surprise visit to hand a gift
from Sachin. Varsha and Satish work together to prevent
Archana and Manav's divorce from being finalised.

The identity of the person responsible for deceiving Mahua
is revealed. Sagar’s has a meltdown which has bad results
for Vydia. Sindoora is shocked when Vidya beats her at her
own game.
Sindoora seems to be losing her touch as nothing she plans
goes well. Sagar and Vydia’s social status seem to be
interfering with their happiness.

A snack is a special treat that can fill the space between two
meals. This is the idea behind the cooking show, Snack
Attack. Chef Ranveer Brar brings you innovative snack
recipes using everyday ingredients and giving it a snack
attack twist!The show is extremely exciting with an immense
variety and explosion of snack flavors from sweet, sour,
salty to spicy.

"Fear Files" brings to life the real stories of people who have
lived through paranormal experiences that defy explanation.
The series uncovers the truth behind some of the most
compelling and mystifying occurrences that have taken
place around India.
The show is a re-enactment of real incidents in an attempt
to dispel the hoaxes from the real and possibly
unexplainable. Paranormal experts are introduced who are
incredibly gifted in their fields of expertise and their
methods and findings are revealed as a compelling
conclusion of each episode. This investigative and matter of
fact approach sets the show apart from all other shows.

Course with Pankaj is a show that every woman would love
to watch. The show has a lot of tips and experiences that
Pankaj narrates from her personal life as a woman. She
gives her viewers a complete meal from starters, main
course and desserts.
There is a wide variety of cuisines from all across the world.
With Pankaj you will not only love what she cooks but you
will start cooking yourself.